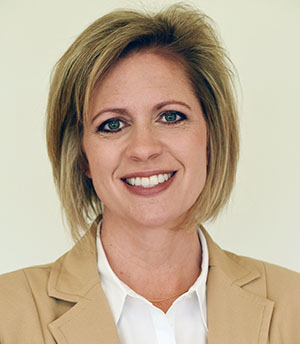 Mrs. Cauley came to Moss Hill after serving for two years as the district’s AIG coordinator and digital learning instructional specialist. A former teacher at Moss Hill and Northwest Elementary, Cauley also served as assistant principal and interim principal at La Grange Elementary. She started with LCPS in 2002.

She earned bachelor’s and master’s degrees in elementary education and administrative licensure from East Carolina University and holds National Board Certification.

As a point person for digital learning in 2014, when LCPS began rolling out iPads to all K-12 students, Cauley helped create a model for classroom instruction and staff development that has made LCPS a regional leader in 21st century instruction.

As principal, she has led a faculty that has helped students post among the highest academic ratings in the district. Moss Hill’s overall accountability results, based on state End of Grade standardized tests, have ranked first or second among the district’s nine elementary schools during Cauley’s time there and the school has consistently met standards for academic growth.