On the first day of the first year of a first-of-its-kind project, 30 students from six high schools in Lenoir County got a taste of what it takes to be a leader – and got a taste of breakfast from the event’s sponsor, Kinston’s Chick-fil-A. 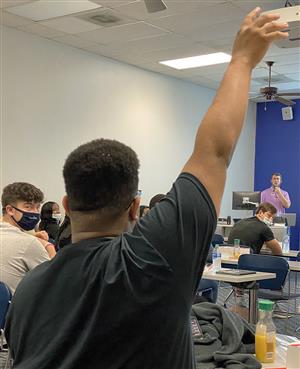 Typically, a Chick-fil-A Leader Academy enrolls a group of students from a single school; however, John McPhaul, owner/operator of the Kinston restaurant, said he had a “difficult time” choosing one school in the county. Instead, he invited sophomores, juniors and seniors from six of the county’s public and private schools to apply for the initial year of the local academy, which began Tuesday.

“I think we’re probably the only one in the country that’s doing a consolidated effort,” McPhaul said after the first session. “Year One I for sure wanted to go this route to give each school the opportunity to have some students. My hope is that we can take one tuition of 30 students to maybe two next year and three the next year – 60 to 90 students eventually.”

A national high school leadership program active in 40 states, Chick-fil-A Leader Academy engages students through monthly Leader Labs built around specific themes and challenges them with projects that put into practice what they are learning and that furthers the program’s focus of “impact through action.”

“We are very pleased that our local Chick-fil-A is sponsoring the Leader Academy,” Amy Jones, LCPS’s director of high school education and CTE, said. “Chick-fil-A has been extremely supportive of Lenoir County Public Schools over the years and this is just another example of their commitment to our young people. We are excited that our students have the opportunity to learn and grow from this county-wide collaborative experience!”

The Lenoir County students will meet monthly for the rest of the school year.

“Today, it’s about values and vision. Next month is on servant leadership. Each month has a topic that they’ll cover,” said Ginny Pollock-Moody, NCWorks career coach at Lenoir Community College who teams up with LCPS high schools on their CTE program and helped organize this initial Leader Academy session.

“There are also three service projects that they’ll do individually and in teams. The big service project is called Impact Service Project, which will happen in April, and the whole group will come together and plan this project,” Pollock-Moody said. “They get to plan it and they have to implement it. There is some money that Chick-fil-A corporate will let them write a grant to help execute their project. There are just a lot of different lessons.”

Student response to the call for applications was “overwhelming,” she said. The 30 participants were chosen less on their academic records than on their answers to questions about involvement in school and community groups, about a well-known person they feel is a good leader and how they think other people see them.

“The idea is to provide opportunities for students who might not have them otherwise,” Pollock-Moody said. “We want to have a good mix of students.”

Mixing is indeed one of the benefits of McPhaul’s novel approach to the Chick-fil-A Leader Academy, he thinks.

“I think we’re kind of piloting something that (Chick-fil-A) may eventually roll out,” he said. “It does allow students to meet kids from other schools and brings together different skill sets and backgrounds. I like the idea of it.”

(Above) Kinston Chick-fil-A owner/operator John McPhaul, in background, leads the first session of the Chick-fil-A Leader Academy on Tuesday.

(Below) Students from four LCPS high schools make up about half of the inaugural class of the Chick-fil-A Leader Academy in Lenoir County. 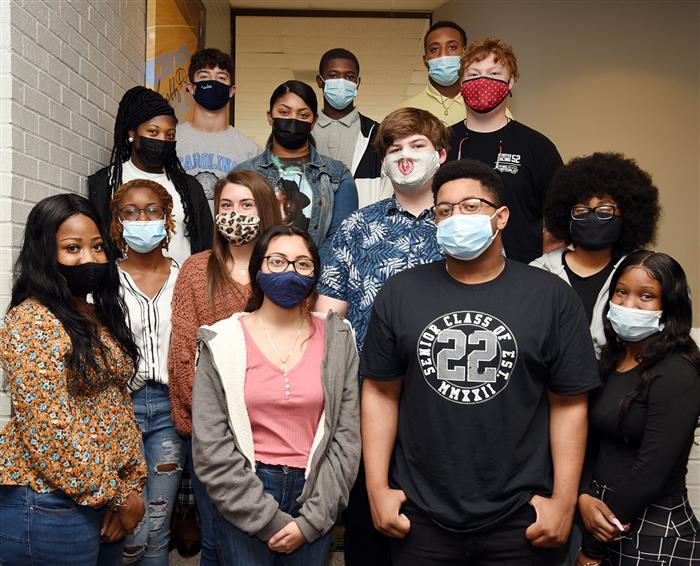