A team of readers from Woodington Middle School won four of its six head-to-head matchups with teams from LCPS’s three other middle schools to earn another first-place finish in the district’s annual Middle School Battle of the Books.

The win was Woodington’s ninth in the last 11 contests, but the first for second-year coach Missy Perritt, the school’s media coordinator. Last year, Woodington finished second.

“I came in last year and I didn’t know about the tradition (of winning),” Perritt said after Wednesday’s contest. “They didn’t tell me about that – until after I lost. This year, I felt that pressure and I really pushed the team. I was hoping they would do well and I knew they could do well and they did well.” 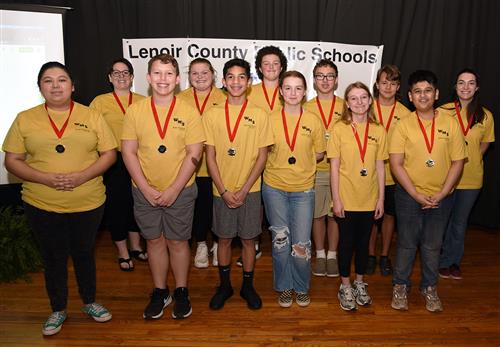 “I am so proud of the hard work of our middle school students and Battle of the Books coaches,” Christel Carlyle, the district’s director of middle school education and local contest organizer, said. “Many people may not realize just how intense the competition is, but seeing the intensity of the competition first hand is a reminder of just how talented and dynamic our young people are. This competition showcases their hard work and gives them an opportunity to shine in an area that they enjoy: reading good books.”

As the county winner, Woodington’s team will represent LCPS in the regional Battle of the Books, a virtual competition scheduled for March 22.

Each year, the Battle of the Books tests students’ knowledge of books from a common reading list of more than 20 fiction and nonfiction titles through questions related to content. Teams compete in a round-robin format.

This year’s event was held in the auditorium of Northwest Elementary School. Sara Levin, media coordinator at Kinston High School, was moderator.

Perritt and co-coach Jessica Montgomery, a sixth-grade English Language Arts teacher, formed the Woodington team from volunteers at the beginning of the school year. “This past week we have been working with two-hour practices, staying until 5 o’clock after school, trying to get as much practice in as we could.”

It’s no surprise that the bright students sought for Battle of the Books teams are also in demand for other competitions with an academic basis, like Science Olympiad. “A lot of my team – and this is the same for the other schools, too – were on Science Olympiad and they play sports and you lose those students to those practices. After Science Olympiad was over (in mid-February), we had to come together as a team and focus on procedure.”

Woodington’s formula for success might be described as “leave nothing to chance.” In addition to the students reading the books and each of them designated as “experts” on certain titles, coaches Perritt and Montgomery stage practices to simulate as much as possible the actual contest, right down to where students sit, how the questions are asked and how responses should be given.

“You can’t coach them during competition. All the coaching comes before,” Perritt said. “So I’m just sitting there hoping they remember everything we’ve been over and I know that they know, but at that point my coaching is over. They have to do what they do.”

And Woodington did. Again. “I’m very proud of them,” Perritt said. 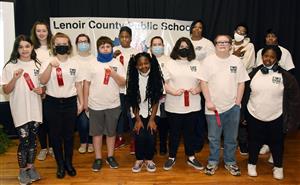 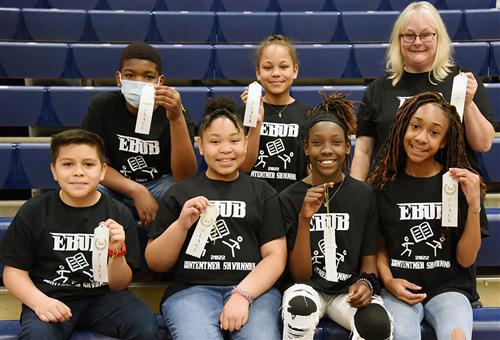 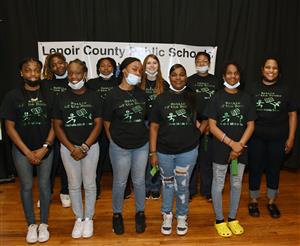