The Lenoir County Board of Education brought abroad a new principal for Northeast Elementary School and a new director of federal programs Monday night, acting on the recommendation of Superintendent Brent Williams. 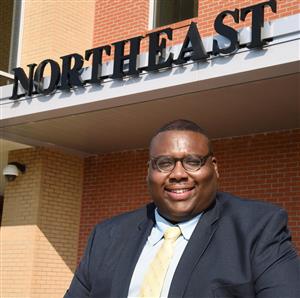 Rashard P. Curmon brings experience in school administration, in curriculum coaching and in classroom instruction to his leadership role at Northeast. His appointment fills the vacancy left by the resignation in June of Kendra Woods, principal at Northeast for two years.

Beverly A. Kee will move from her position as assistant director of federal programs in Wayne County to direct the LCPS program. That position has been filled on an interim basis since December, when Tina Letchworth left to work with the N.C. Department of Public Instruction.

Her start date is to be determined.

Curmon, a native of New Bern now living in Winterville, was principal of Washington County Early College High School last school year and an assistant principal at two Tarboro schools – Tarboro High and W.A. Pattillo Middle – the two years prior. He served as an instructional coach at Pattillo Middle from 2014-2016 and taught in Greene County from 2010-2014.

“I look forward to working with you all and doing what’s best for children here in Lenoir County and I look forward to a great school year,” Curmon said when he was introduced at Monday’s school board meeting. 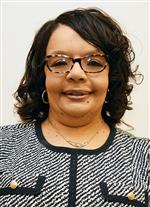 Kee taught math in Wayne County from 2001 to 2016, when she became assistant director of federal programs.

Williams told the school board that Wayne County “hates to lose her. She has distinguished herself over there, first as a dynamic math teacher, then as a central services curriculum development person in the area of math and has served the past few years as assistant director of federal programs.”

Kee said she was “very excited – and a little nervous – but very excited” about moving into a leadership role in Lenoir County. “I look forward to coming on board,” she said.