Teams from South Lenoir High School and Contentnea-Savannah K-8 School earned medals in competition with schools from across the eastern half of North Carolina at Friday’s NCTSA Eastern Regionals in Goldsboro. 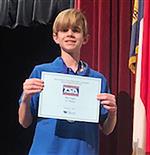 In the middle school competition, Zachary Owens of Contentnea-Savannah finished first in the Flight event, in which students had to design, build and fly a wooden model airplane. Points were earned for air time. They also had to complete a portfolio with technical drawings and test flight information.

CSS teammates Allison Manning and Rebecca Cornelison won a second-place medal in Children’s Stories, a competition that requires students to create an illustrated children’s story that incorporated educational and social values. This year, students had to create a pop-up book with a specific environmental theme. 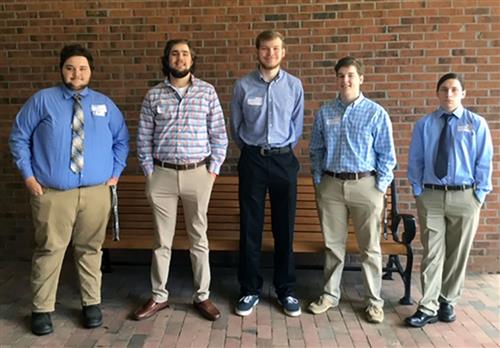 In Technology Bowl, teams complete a written test in order to qualify for head-to-head question-answer competition. Technology Problem Solving requires competitors to develop a solution to a problem using limited materials and tools.

Technology Student Association (TSA) is a national organization of students who are enrolled in or have completed technology education courses. It sponsors competitions in STEM-related events on the regional, state and national level. The NCTSA Eastern Regionals was held at Wayne Community College for high schools and middle schools from counties east of Guilford.