A group of Contentnea-Savannah K-8 School students looking for worthy beneficiaries of their fundraising effort last spring found them this month in Saudi Arabia. 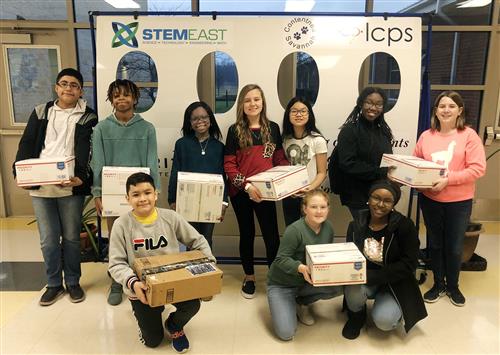 The project was financed with $300 the students made running a concession stand at CSS’s field day as the 2019-2020 school year – and their fifth-grade year – was closing out.

“We didn’t get a chance for them to use the money until now,” said fourth-grade teacher and Honor Society chapter advisor April Modlin, who suggested the project to the students, now sixth graders.

“They jumped on it,” Modlin said.

The idea sprang from a conversation with a work colleague whose husband is a member of the deployed National Guard unit. “She was telling me they were kind of down. They’d been there through Christmas,” Modlin said.

“They asked for handwarmers because they’re on guard at night and it’s the rainy season there,” Modlin said.

Into the seven care packages went letters written by the students, English composition practice that added value to a project Modlin thinks held a bigger lesson.

“When I brought the idea to them, I explained to them how surprised I had been about little things (the troops) didn’t have,” the teacher said. “I think they were surprised when they saw the list and saw the things we were sending. We always have those things handy.

“I hope that made them think about the everyday things they might take for granted. Hopefully, it will spark some of them to do something like that on their own, reaching out in the community.”