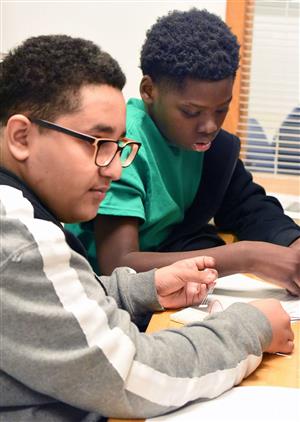 Teams qualify for state competition by finishing first or second in regional contests. The Region X games, hosted by LCC for the past 20 years, drew student scientists and engineers from 40 public and private schools in southeastern North Carolina.

LCPS’s first-place winners were recognized by Superintendent Brent Williams and the Lenoir County Board of Education at its meeting Monday night.

“We are very proud of the 37 medals awarded to our students and schools and are most excited to be sending three teams to the state tournament,” Dr. Amelia McLeod, the district’s director of middle school education and organizer of its Science Olympiad competition, said. “Parents and our friends in the community should join me in celebrating LCPS on the journey of supporting rigorous science opportunities and growing support for strong participation in these outstanding extracurricular activities.”

Top-five finishers by school and event were:

Rochelle Middle School students Marwan Albaadani, foreground, and Jameon Estep finished first in Circuit Lab competition and are one of three teams from LCPS headed to the state Science Olympiad.