In May 2016, Lindsey Turner and Smikal Patel graduated from Lenoir County Early College High School. Last month – four years later – they graduated from their respective colleges of pharmacy with doctorate degrees, having used their intellect and the “backbone” they developed in high school to shave years off the usual academic timetable and launch them into the careers they’d dreamed of as teenagers. 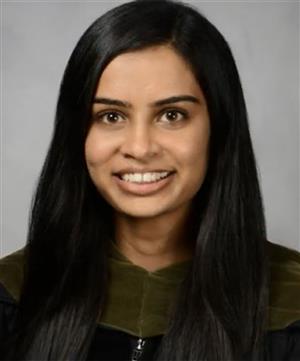 “I have a doctorate at 22, which is insane,” said Smikal, who earned her doctor of pharmacy degree from Mercer University College of Pharmacy in Atlanta and graduated as the youngest in her class by two or three years. “I’m ahead of schedule.”

She and Lindsey – now Dr. Patel and Dr. Turner – have followed a schedule of their own making since their sophomore year at Early College, where LCPS students pursue both a diploma and a two-year college degree. They left with the usual – a diploma and associate of science degree from Lenoir Community College – and the unusual – a boatload of college credits in courses meticulously selected, diligently pursued and specifically designed to catapult them directly into graduate school.

“We definitely shaved off four years – basically the whole undergraduate tuition – getting it all under our belt through LCC and Early College High School,” Smikal said.

But they left Kinston with more than coursework and credits. They took that motivation and focus essential to success in an accelerated learning program like Early College, according to Lindsey. 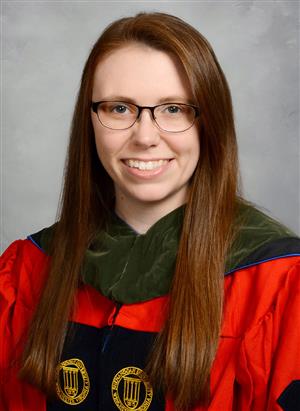 “Going through that whole process of figuring out what we needed to do (to qualify for pharmacy school) and making sure we got it done – holding ourselves accountable for things – really helped when I got into the pharmacy program,” Lindsey said. “You have that backbone from Early College, figuring out how to prioritize things.”

Lindsey received her doctorate from the College of Pharmacy at Shenandoah University in Winchester, Va., entering when she was 19 and, like Smikal, graduating as the youngest in her class. Other than their age, though, the two young women found little separated them from the students who came to graduate school with bachelor’s degrees.

“I was a little worried that I might be less prepared than some of the other people, but when I got in there and started working on things I found out I was pretty much as prepared as anyone else,” Lindsey said.

Smikal conceded she did “struggle the first year, making the transition from high school to grad school. You’re talking about a whole different level of coursework,” she said. “But both Lindsey and I learned how to sharpen our skills as we went along.”

The two young women looked back on their Early College and graduate school experience in separate telephone interviews.

Acquaintances at Woodington Middle School who became fast friends at Early College, Smikal and Lindsey arrived at a career goal together and together plotted a strategy for achieving it at warp speed.

“We were talking about what do we want to do and what kind of classes do we want to be taking and we just started looking into different career options,” Lindsey said.

Among the shared memories of that experience is the support they received at Early College, both from their classmates and the faculty. David Jenkins, the school’s science teacher, comes in for special praise.

“You have educators like Mr. Jenkins who really saw passion in these two girls and provided them with all the tools they needed to go further in getting to this point in our life,” Smikal said.

“It’s really nice to have someone mentor me like that from high school to now. He’s been really motivating,” said Lindsey, who stays in touch with Smikal and with David Jenkins.

No one is prouder of these former students than their science teacher.

“I believe that completing pharmacy school is an accomplishment in and of itself. However, I feel that Lindsey and Smikal’s acceptance and completion of their doctor of pharmacy degree right out of the Lenoir County Early College High School experience is phenomenal,” Jenkins said. “These two young ladies truly embraced the advantages offered by the Early College program to reach their professional goals. Teaching these two hardworking and dedicated students was an honor and a privilege. I am so proud of them and their accomplishments.”

Undoubtedly, there’s more to come. Both young women worked internships while in graduate school that turned into jobs upon graduation. Classified now as graduate interns because they’re waiting to take their licensing exams – a process backed up by the temporary closure of testing sites and restrictions related to the coronavirus pandemic – they’re going to work and awaiting promotion to licensed pharmacist.

Smikal has a job with GetWell, an independent community pharmacy, at its Decatur, Ga., location where she interned. She expects the work to mirror the pleasure she found during her Early College years at Kinston Clinic Pharmacy.

“I would come there to volunteer when I was in high school, just to get the feel of what it would be like to work in a pharmacy, and I loved that one-to-one experience of what an independent pharmacy is like, having a provider that’s accessible to everybody,” she said. “I knew I wanted to work in that type of environment and that’s what I’m doing now.”

Lindsey is coming home. She’s taken a job at a CVS location in Pitt County, building on the positive experience she had as an intern with CVS in Winchester. “At CVS, I felt like I got to apply what I was learning at school,” she said. “I could see how what I was learning could be used in real life.”

And that’s where two girls who shared a dream as high school sophomores find themselves now, after their determined pursuit of an audacious academic goal: real life. Even for them, it’s hard sometimes to figure how they’ve come so far so fast.

“I’ve been through the whole Lenoir County Public Schools system and it’s so crazy, where life can lead you,” Smikal said. “Look at where we came from, dreaming of this time sitting in this classroom, sitting with these professors, learning this coursework. That’s what I’ve always wanted. There were times it would get tough but you would have to realize that this is what you dreamed of doing and there was an end to it. I’m living this end now.”