Retirements and promotions have led to reassignments of LCPS administrators that will put new principals at four Lenoir County schools for the 2020-2021 academic year.

Acting on the recommendation of Superintendent Brent Williams, the Lenoir County Board of Education on Monday night approved these new principal posts:

Felicia Solomon, principal at Rochelle for the past two years, will take on the new district-level position of Student Services Facilitator and Equity Officer.

“These are outstanding administrators,” Williams said after announcing the reassignments. “I salute them and am looking forward to working with them in these new capacities.”

At South Lenoir, Pierce will follow longtime principal Steve Saint-Amand, who is retiring at the end of the month. This will be the third principal position in the district for Pierce, who has spent the past four years at Frink and was honored as Southeast Regional Principal of the Year in 2019.

Previously, she was principal of Moss Hill Elementary School for two years and worked at an assistant principal at Rochelle and Woodington middle schools and Kinston High School. She holds a master of arts degree in education and a master of school administration degree, both from East Carolina University. 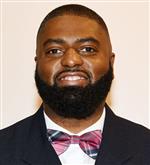 Whitfield will also take on his third principal position with the district by returning to Rochelle, where he was an assistant principal for four years. He became principal of Southeast in 2018 after leading Lenoir County Learning Academy for two years.

Prior to joining LCPS, he was an assistant principal with Clinton City Schools and a seventh grade teacher in Greene County. He earned a master’s degree in education from American InterContinental University and a master of science in educational administration from the University of Scranton.

Moon, who started with LCPS as an English teacher at Kinston High School in 2006, became an assistant principal there in 2015 and moved to CSS in 2017. He earned a master of school administration degree from East Carolina University and is currently a candidate for a doctor of education degree from ECU. 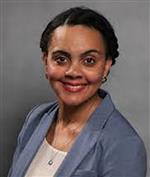 She holds master of education and master of school administration degrees from N.C. State University and a master of arts in teaching degree from ECU.

Solomon taught and worked as an assistant principal in the district for 12 years and served as principal of Southeast Elementary for five years before taking an administrative position in Duplin County. She returned to LCPS in 2016 to become principal at Northeast Elementary and moved to Rochelle a year later.

In the new role of Student Services Facilitator and Equity Officer, she will coordinate student services in the district and build on and execute the district’s Race and Equity Action Plan.

“Never more than now has there been a need for connecting our student services resources with our kids who need support,” Williams said. “I think Ms. Solomon will do a great job and I’m excited she’s taking on that role.”

Reassignments of Solomon, Whitfield and Yellock were effective immediately. Pierce and Moon will officially begin their new jobs Aug. 1.

In related personnel moves, the school board also approved the employment of four new assistant principals, effective Aug. 10. They are: