If this summer were like recent summers, Nicholas Harvey III, a rising senior at Kinston High School and a two-way starter for the Vikings’ undefeated football team, would be focused on strength and conditioning and improving his football skills. 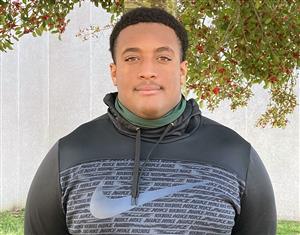 But this summer, Nicholas will devote nearly six weeks to pumping up his brain and improving his intellectual skills while attending the selective North Carolina Governor’s School to study social science.

“As I grow older, I realize I want to pursue a career in law and I want to major in political science when I get to college, so I felt like this was the area for me,” the 16-year-old said.

Governor’s School is a summer residential program for academically or intellectually gifted high school students that offers instruction in one of 11 areas of academic or artistic emphasis, as well as a broader curriculum that integrates these areas.

Students win admission after being nominated by their schools and compiling an application package that includes grades and test scores, teacher recommendations and essays that shed some light on their personal and academic interests.

It is the oldest program of its kind in the nation. Its two campuses – West at Salem College in Winston-Salem and East at Meredith – each accepts 325 students, mostly rising seniors, from the more than 1,800 nominations received. Governor’s School typically runs through mid-June to the end of July.

Of course, nothing is typical this year. While the timeline might not change, the location is still up in the air. Nicholas could end up on the Meredith campus in Raleigh or, because of the pandemic, attend virtually with the rest of his peers.

“Either virtual or in-person, I’m sure it’s going to be a great experience,” Nicholas said. “I think I’ll get to be around a lot of great people and make connections with people from all over the state that will help me later in life. I’m just going in to soak up information and network with people as much as I can.”

LCPS has a consecutive string of student representation at Governor’s School that stretches back a decade or more. The pandemic cancelled the 2020 session, but three students from the district were chosen and are considered alumni of the program. Nicholas continues that string gladly.

“It was always a goal for me to get into Governor’s School,” he said. “I set goals for myself and this was one of the main ones.”

And the goal of being ready for fall football? “If I am in-person, I’ll have to find a way to keep up my regimen in Raleigh.”

Nicholas is the son of Erin and Nicholas Harvey II of Kinston. His mother is high school programs liaison for Pitt Community College. His father is assistant superintendent of Lenoir County Public Schools.