First time's the charm in Elementary Battle of the Books

Two first-year coaches and a team of fifth graders competing in its first LCPS Elementary Battle of the Books brought home the first-place prize for La Grange Elementary School for the first time since 2017. 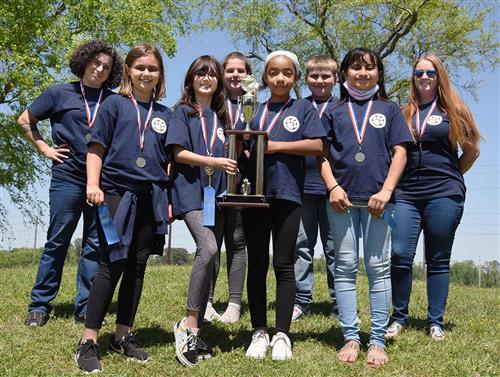 Teams from all nine LCPS elementary schools took part in the April 16 competition, held at Kinston High School under physically distance conditions after last year’s Battle of the Books was cancelled because of the coronavirus pandemic.

The Battle of the Books challenges fourth and fifth graders’ knowledge of books from a common reading list of 15 titles through questions related to content.

As the district winner, La Grange will represent LCPS in the regional competition next month.

“We’ve been reading since September. In fact, some of them were reading during summer already,” said fifth-grade teacher Jessica Miller, who coaches the La Grange team with media coordinator Emily Brown.

“We worked hard and practiced a lot,” Brown said.

The work paid off. The La Grange team answered 81 questions and answered three-fourths of them correctly. In its eight battles, it posted a perfect round of 24 points and three rounds of 22 points, with just one or two incorrect answers.

“Considering everything that has gone on this year and how difficult it’s been with remote practices and some in-person practices, all the teams did phenomenally well,” said Charles White, the district’s director of media and technology and long-time organizer of the Elementary Battle of the Books event. 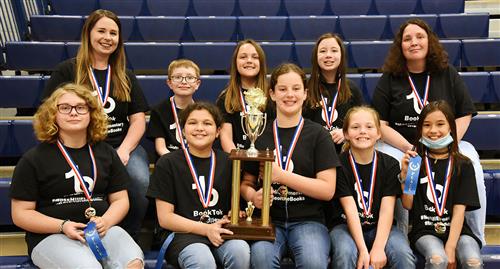