LCPS adds to roll of National Board certified teachers 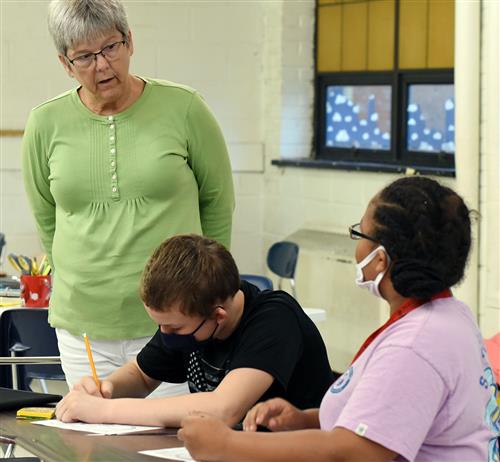 The two bring to 121 the number of LCPS teachers who have earned National Board Certification since the 1996-1997 school year; 41 of those educators are still active in the district.

“It’s all about reflection,” Batchelor said, an assessment of the process echoed by Spence.

Through video recordings of their teaching actual classes or small groups within those classes and through written responses to questions posed by the non-profit National Board of Professional Teaching Standards, which directs the certification process, teachers are able to analyze their teaching style and effectiveness.

“The fact that I had to sit down and analyze my own teaching – how could I have done this better, how could I have reached this child – is primarily what I got out of it,” Batchelor said. “When you sit down and record yourself, you see yourself under a magnifying glass and see how you could have done things better. Sometimes I had to look within myself and say, you probably didn’t handle this the best way. Sometimes it’s hard to be truthful with yourself.”

The videotapes and written analysis combine with students’ work samples and assignments to create a portfolio for the teachers that addresses four components: content knowledge, differentiation in instruction, teaching practice and classroom environment and effective and reflective practitioner.

It is a purposely strenuous process that can take years to complete.

It took Batchelor three years, but she knew what she was getting into. She’d already earned National Board Certification in the 2005-2006 school year, “but in the midst of life I let mine lapsed,” she said. “It was something I wanted to pursue again.”

Success in that pursuit could well be a high point of a 22-year career in the classroom that started after Batchelor, at age 35, made a career change and added a teaching certificate to the bachelor’s degree in business administration she’d earned by East Carolina University years earlier.

“Before I knew it I had a job teaching sixth-grade, seventh-grade and eighth-grade math at Savannah Middle School,” she said. When the middle school merged with Contentnea, the neighboring elementary school, Batchelor made the move to CSS. This summer, she’s teaching math at E.B. Frink Middle School as a member of its Summer Enrichment Academy faculty. 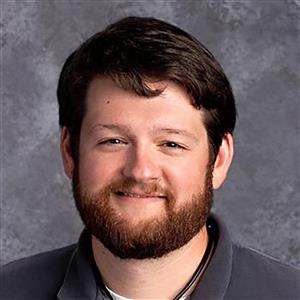 For Spence, a teacher for more than eight years with four of those at North Lenoir, going for National Board Certification was less about deciding to do it than meeting his destiny, like his job itself.

Both his grandfather and mother taught high school agriculture for more than 30 years – his mom at North Lenoir from 1984-2016 – and she was National Board certified. So is Reggie Jenkins, Spence’s colleague in the ag department at the high school.

“It’s something that to me has always been an integral part of being a teacher,” Spence said. “I knew as a goal that was something I wanted to attain very early own. However, I could have done it after three years but I ended up waiting a little bit longer and me and my wife completed it at the same time.”

Ray Spence finished in two years. Wife Alyssa – who taught in a neighboring county and has since become an agriculture extension agent here – didn’t take as long, a fact the husband says he’s been reminded of more than once.

Like Batchelor, Spence appreciates the process for its emphasis on purposeful teaching.

“The biggest piece I got out of National Board was for me to sit down and critically reflect on how I teach,” he said. “Sitting there looking at what I was doing versus what the National Board wanted to look at filled in some gaps I had in my own ability to teach and gave me a new way of looking at what I was doing – why do the kids need to do this, how can I make it more relevant and effective for them.”

The certification process costs a teacher about $1,900, but completing it earns teachers a 12 percent salary supplement to their regular state pay.

More pay is nice, they agreed, but both LCPS teachers said pay is not the point.

“I don’t want people to just look at this just as a pay raise, although that was part of the reason I did it as well. Education is a lot more than sitting in a classroom and talking to students,” Spence said. “You’ve got to really step back and critically think about what the practical application is. That critical thinking aspect of it is really a valuable tool for any educator.”

Carla Batchelor, shown in her Summer Enrichment Academy classroom at E.B. Frink Middle School, successfully completed requirements for her second National Board Certification this past school year as a sixth-grade math teacher at Contentnea-Savannah K-8 School, where she logged her 22nd year in education.

Ray Scott Spence, an agriculture teacher at North Lenoir High School, earned National Board Certification in 2019-2020, following in the footsteps of his mother, who taught ag at the school for more than 30 years and was National Board certified.